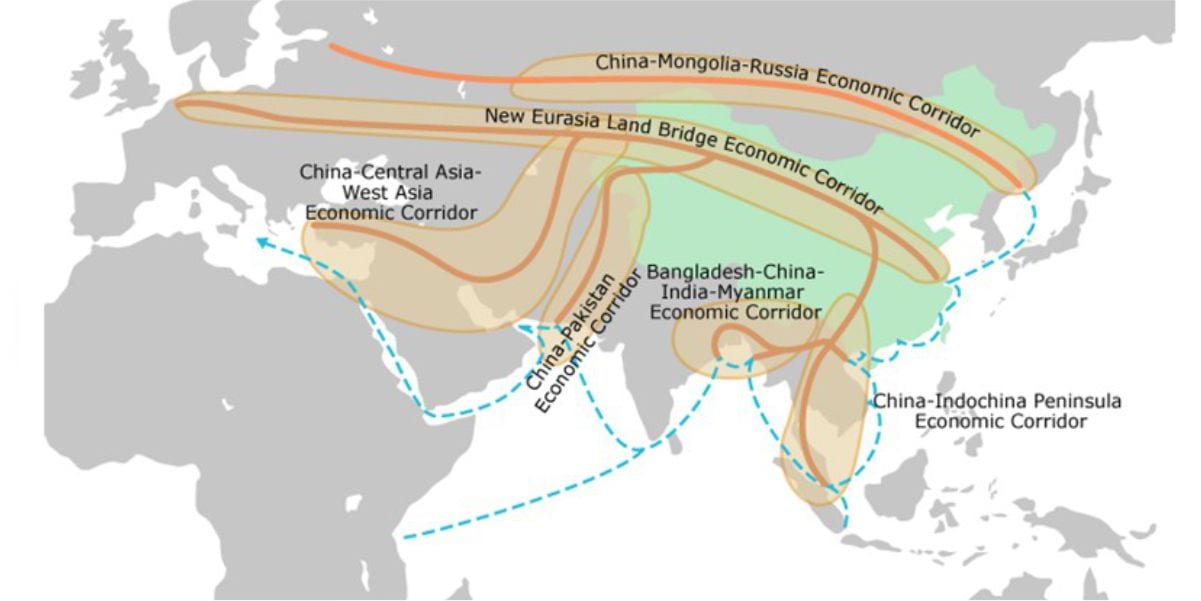 China officially launched the Belt and Road Initiatives on May 2017. Attended by 29 partner countries (with the absence of some prominent neighbours such as India), the launching of the initiative has marked a new direction in China’s foreign policy, with scholars has signalled this initiative as a new shift in international politics.

The so-called “Belt and Road Initiatives” (BRI), however, is not Beijing’s new foreign policy project. It has been formulated since 2014, which was coincided with the establishment of Chinese-led initiative, the Asian Infrastructure Investment Bank (AIIB). Unlike AIIB, however, Beijing’s direct involvement is more prominent in the BRI, in which the initiative was directed and strongly controlled by Beijing, whilst the AIIB tended to be multilateral and based on expertise.

The ‘Old’ and ‘New’ Politics of Regionalism

The rise of BRI has raised some questions over the future of regionalism in many parts of the world. In 1995, Andrew Hurrell theorised the resurgence of ‘new regionalism’, which witnessed the political order into a new form of interstate cooperation based on geographical and spatial proximities. New Regionalism, he argued, emerged because of world reordering after the Cold War, which witnessed the fall of the Soviet Union and some new patterns of cooperation, which is different with the past.

However, some new developments in the 2000s have also showed stagnation and, more recently, signals towards reversal. Prior to the launching of BRI, the world has witnessed the crisis in the European Union (EU) with the United Kingdom called for exiting the EU through a referendum in 2016. On the other part of the world, ASEAN has also showed stagnation in the negotiation over South China Sea (although the diplomatic fora still continues until present) and the talks over the Regional Comprehensive Economic Partnership.

This is not to mention the shift in United States’ foreign policy under President Donald Trump, who seems not to be interested in maintaining the liberal world order, which is arguably central in the US foreign policy in the last decade.

The rise of Chinese-led AIIB and BRI therefore should be understood in this historical and political trajectory. At least three keys explanations pave the way of ‘the rise of China’ and its infrastructure project.

First, we need to understand ‘the rise of China’ as an effect of the 2008 global financial crisis that put the Anglo-American power, which has arguably been established since the Second Bretton Wood, at stake. The global financial crisis in the US and Europe has hit the most fundamental foundation of Anglo-American ‘structural power’, namely the financial architecture. As a result, many states are forced to adjust their key financial policy into the macro prudential reform that gives more power to the state to regulate national financial environment.

Yet, the recovery from the 2008-2009 crisis is not as smooth as analyst and scholars predicted. It contributes to the unrest in Greece, the rise of right-wing populism in many European states, as well as to the recent Brexit referendum in the United Kingdom. China, in contrast, has showed not only resilience to the crisis, but also its power to navigate the world political economic order through state-led industrial and developmental policies. With the decline of Anglo-American ‘neoliberal’ order, China has slowly gained prominence in world politics.

Second, the rise of China has also enabled by what Andrew Baker said as ‘ideational shift’ in the construction of world political and economic order. Since 1980s, the so-called Washington Consensus” has been taken seriously as the only alternative to manage the world economy. However, with the decline of neoliberal order amid the global financial crisis, the idea of free-market social liberalism that constitutes the foundation of liberal political-economic order has also been declined.

Interestingly, in early 2010s, the World Bank released a new document that redefines the framework for economic development, namely “New Structural Economics”. Authored by the Bank’s then Chief Economist, Justin Yifu Lin, the document has challenged the prominence of free-market mechanism and called for the return of the state in supporting industrial projects through constructing infrastructural cooperation. The framework may be debated among Economist, but it has undoubtedly re-framed political economic order into a new state-led direction, with many scholars referred as the return of ‘Keynesianism’ in world political economy.

The Changing Logic of Territoriality

Theorists of new regionalism and the liberal institutionalists tended to argue that regionalism is crafted by a process of integration, which occurs in a set of geographical and territorial boundaries and unites the states within the boundaries to cooperate each other to maintain stability and avoid conflicts. It is the case with the ASEAN, in which the result to respondthe Cold War conflict and establish cooperation in a set of territorial boundaries, namely ‘Southeast Asia’.

However, missing from their argument is the historical origins of the ‘territorial logic’ that underpins this regional integration. Yet, in the 1990s, several Indochinese countries have agreed to join ASEAN, which marked the extension of territorial boundaries of the regionalism project. It shows that the ‘territorial logic’ that underpins regionalism, particularly in Southeast Asia, is constructed historically and socially. It was socially constructed by the changes in international political order and historically constructed by the similar political background with other ASEAN member states.

The Chinese-led Belt and Road Initiatives, I shall argue, challenges this old ‘territorial logic’ and offers a new framework of regionalism based on the infrastructural and, furthermore, industrial cooperation. This form of cooperation is not new; ASEAN has attempted to establish such cooperation in the 1980s. However, the so-called ‘ASEAN Industrial Project’ was soon replaced by ASEAN Free Trade Area, which was based upon the ‘neoliberal’ logic of cooperation.

Consider, for example, China’s involvement in Africa. With growing multilateral projects on African infrastructural development, China has showed that regional cooperation could also involve external partners, particularly when it comes to development project. As Justin Yifu Lin and Andrea Goldstein has recently argued, the rise of infrastructural cooperation could lead into ‘African Industrial revolution’, which obviously re-frame African economic cooperation in the region.