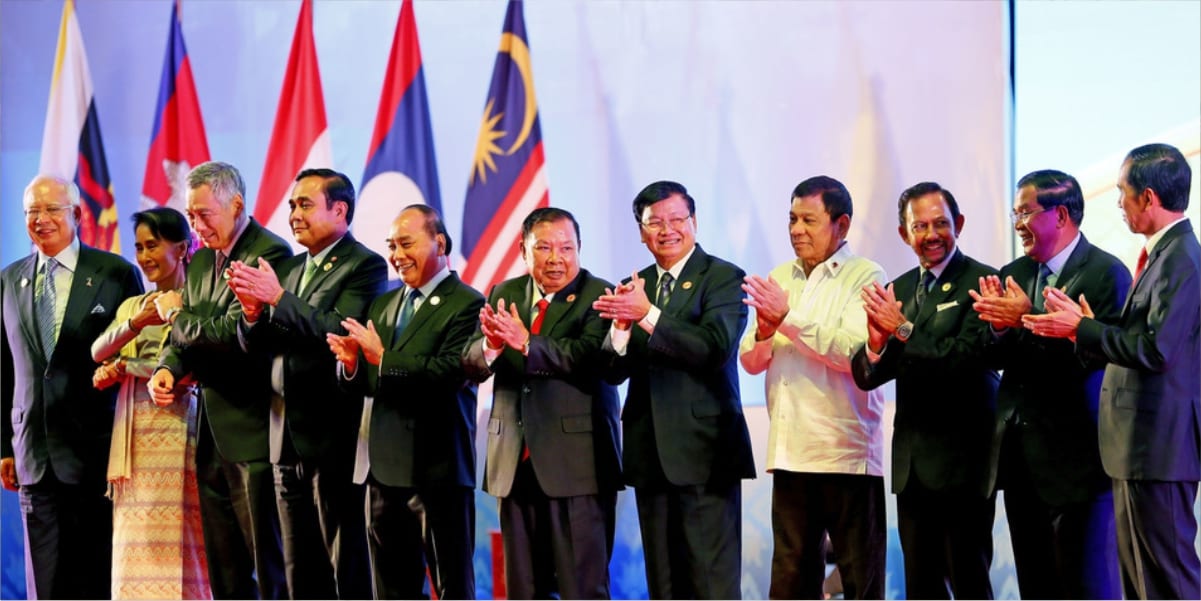 In April this year, the ASEAN Summit kicked off at the heart of the Philippines – Metro Manila. With the theme entitled “Partnering for Change, Engaging the World”, this summit was well attended by all the head of states and government officers of the member-states. This then will be followed by the ASEAN Regional Forum and East Asian Summit, both later this June and November.

The recent concluded summit indicates that the focuses are more on the on-going of member-states’ concerns. Of which this window of opportunity has been taken to set the tone of this year’s summit. It is not unusual practice though, for the issues of concerns to receive more prominence. In fact, this is in line with ASEAN’s raison d’être, which it has a broad agenda that includes regional economic cooperation, promoting defence relations and socio-cultural cooperation, serving its purpose as the central role of regional body.

Notwithstanding, as much as the issues of concerns have been raised, and to some extend advocated, such as the importance of international trade, as articulated by Singapore, a drug-free region by the Philippines, rights of migrant workers and Rohingyas by Indonesia, amongst others, there lies one pertinent issue that is conspicuous but admittedly, helpless – the South China Sea.

The China’s lobby efforts to remove the mentioning of land reclamation and militarisation efforts at the manmade islands have received limelight global coverage. The Philippines’ President Rodrigo Duterte mentioned, “It cannot be an issue anymore. It (Chinese presence) is already there. What would be the purpose also of discussing it if you cannot do anything?” It refers to the event whereby he had to succumb to Chinese’s will. The ASEAN diplomats also admitted that China had lobbied hard and the delayed joint ASEAN Statement speaks for itself.

Whilst the ASEAN countries are divided over the South China Sea contentious issue, even though they managed to maintain their unity by eventually releasing the final version of the Statement, it tells one thing for certain and indeed has raised the eyebrows of many – that ASEAN countries are gravitating even closer to China’s orbit as day passes by and the latter’s influence is irresistible, especially through this summit.

However, this might not be the case if among the most pressing issues in ASEAN is properly and successfully addressed – the unbalance economic development of all ten member-states, even though this is only amongst the bigger picture of Sino-ASEAN relations’ picture.

Indeed, regional cohesion remains a distant dream, which according to the consultancy firm McKinsey, especially when the economic chasm between the richest members Singapore, with a per capita income more than 50 times higher when compared to Cambodia and Myanmar, and 30 times higher than Laos. Furthermore, intra-regional trade through the implementation of the ASEAN Economic Community even stand less than half the share that of NAFTA and EU. It indicates that the economic barriers are still strong, even though among the ASEAN member-states themselves.

By addressing the economic needs, the tendency to gravitate to China’s orbit may be less likely. If only certain ASEAN countries are not highly dependable on China and possesses its own diversified economy income. Even though last week saw a meeting in Hanoi to speed up the negotiations of the Regional Comprehensive Economic Partnership (RCEP), after six years no less, and the revival of the Trans-Pacific Partnership Agreement (TPPA), the hurdles on both economic agreements are remain.

Duterte of the Philippines for instance, followed by his visit to China last year, returned home with USD 24 billion in deals and this summit saw no-mention on the tribunal award that highly favorable to the Philippines. China also has invested a gigantic amount of money to Cambodia, Lao PDR, and Myanmar, amounting to more than 10 billion as of last year. Undeniably, the China tentacles control the South China Sea through economic projection. Recently, China has warned the Philippines not to conduct any drill for oil in a disputed part of the South China Sea and not to enforce an arbitration ruling.

Despite the effort of the consultation mechanism on the South China Sea, both on ASEAN platform and bilaterally, further resolution on the issue is further from sight. After 15 years, Sino-ASEAN agreed on Wednesday (May 18) a draft framework on Code of Conduct in the South China Sea. Whilst the first meeting of Sino-The Philippines on Friday (May 19), only provided the backdrop of addressing concerns and handling incidents in an appropriate manner.

On the other hand, the contending power on the China’s projection – the US, however, the South China Sea dispute may not be the immediate agenda. Because the US needs China to rein in the aggressive Pyongyang on the ballistic missiles and the likelihood of developing the Intercontinental Ballistic Missile (ICBM) capabilities that could possibly reach the US mainland in the next course of years.

Follow Us
Belt and Road Initiatives (BRI) and the New Politics of Regionalism in Southeast...

ASC Welcomed Professor Anders Uhlin from Lund University
Scroll to top
We use cookies to ensure that we give you the best experience on our website. If you continue to use this site we will assume that you are happy with it.Accept