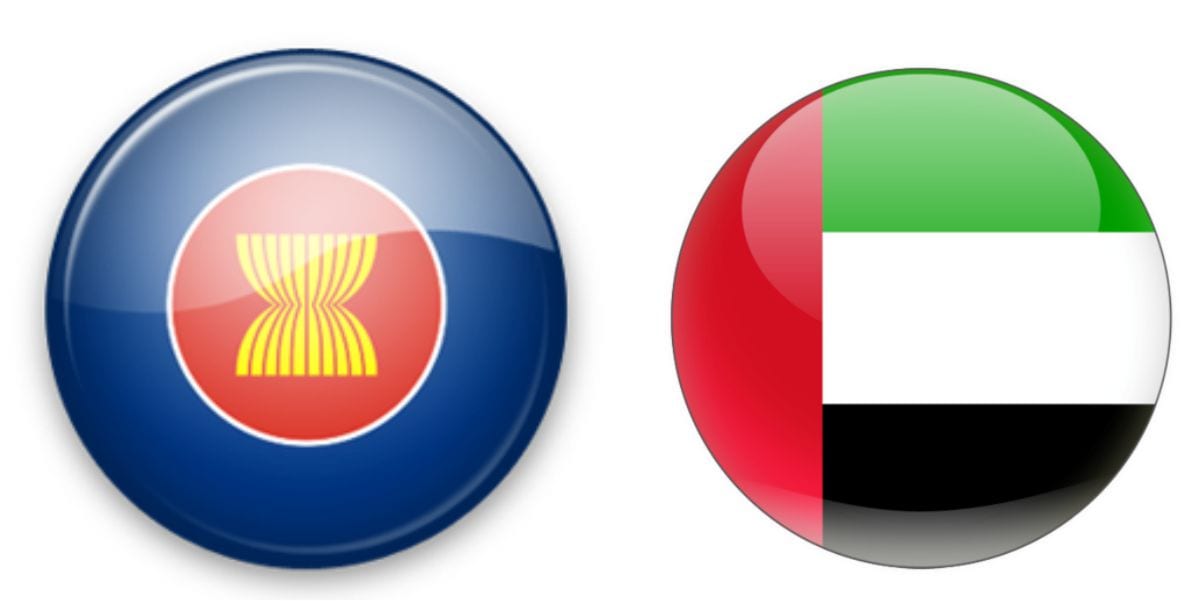 In the past several years, there is an increasing tendency among the countries of the Gulf to direct their foreign policies towards the growing economies of Asia. Despite relatively unreported, the UAE’s relationship with ASEAN exemplifies this trend. This article attempts to highlight the UAE-AEAN relations and what could be offered to improve this relations in this future

The formal diplomatic relations between the UAE and the ASEAN member countries began during the 1970s, although this took place in midst of the prevailing geopolitical constraints of the Cold War and mainly be guided by the GCC’s patterns of political ties with the region. Even though there have been long-standing diplomatic representatives between several countries of ASEAN such as the Philippines and Malaysia, most of the expansion in the diplomatic networks occurred throughout the 1990s and 2000s.

This was complemented by the growing high-level exchanges resulted from the increasing economic partnership and institutional frameworks noticeable by the signing of a number of important agreements including the Avoidance of Double Taxation with Indonesia, Singapore, Thailand, the Philippines, Malaysia, and Vietnam, as well as various MoUs on tourism, investments, agriculture, aviation, and others.

Although remains limited, the ASEAN-UAE relations have increasingly gone beyond state-to-state engagement and include direct organisational relations with the ASEAN body. The most important indication is that the latter has established an ASEAN Committee in Abu Dhabi since 2011, while the former has an accredited envoy to ASEAN since 2013. The ties have also been strengthened by active engagements of the two sides in other multilateral theatres such as the Organisation of Islamic Countries (OIC) and the Asia Cooperation Dialogue (ACD).

The political relations between ASEAN and Abu Dhabi have been maintained not only through institutional bodies, but also by the UAE’s involvement in political issues in the ASEAN region. For example, the Emirati government has a record of supporting the Philippines’ negotiation efforts with the Moro National Liberation Front (MNLF) since the 1990s and has promoted Manila’s entry to the OIC as an observer. Reportedly, the UAE has also been holding joint military exercises with Malaysia and pursuing defense partnership with Indonesia.

The primary dynamic to determine the nature of the present ASEAN-UAE relations appears to be the salience of economic issues, which have come to dominate the bilateral agenda and dictate the terms of cooperation between ASEAN and the UAE to a great extent. Energy is the most defining component of this economic engagement. The UAE, for instance, is a major oil supplier for Thailand, around 33 percent of the country’s total imports. Meanwhile, Singapore’s ample trade with the Emirates, stood at $27.2 billion, is mainly comprised of oil imports. A number of Emirati energy firms such as Dubai Drydocks and the Emirates National Oil Company have made their way to ASEAN, constructing and developing refineries, as well as involving in joint exploration ventures across the region. There was also plan for cooperation on renewable energy.

Non-energy trade and investments have grown considerably in the past years. This is driven not only because of the changing economic interdependencies resulted from the growth of the ASEAN and the UAE’s economic standing as the second largest economy of the Middle East, but also caused by a number of political occurrences in the regional and global contexts such as the September 11 attacks and the “War on Terror” policy that followed has enabled the pursuance of “East Look” shift in the UAE’s foreign policy. Dubai’s fortification as an international trading and re-shipping hub connecting different regional countries is also a crucial factor. Presently, the UAE is one of most important trading partners for ASEAN countries and investments have increased considerably. This is also indicated by different companies such as the Dubai International Capital, Thuraya Satellite Communication Co., and the First Gulf Bank that have expanded to the region.

This, however, is not one way. The UAE has attracted considerable interests from firms and investors from ASEAN. Government policies and institutional frameworks such as the Malaysian International Chamber of Commerce partnering with the Abu Dhabi – Singapore Business Forum and the Malaysian Business Council with the Abu Dhabi Corporation for Specialised Economic Zones have contributed to this growth. The most prominent economic presence from ASEAN in the UAE seems to be Singapore, with over 300 of its companies involve in different sectors such as banking, electronics, real estate, energy, and utilities. It is reported that Indonesia and Vietnam also have considerable investments in the Emirates, a reality that could be credited to their hefty diaspora in the UAE.

Undeniably, the UAE-ASEAN relations have expanded beyond economic realms. It is of note that the Emirates has increasingly emerged as an attractive destination for ASEAN tourists. On the other hand, people from the UAE have also made their way to ASEAN, mainly for medical and tourism purposes. These growing exchanges, which also comprised of business people, academics, and professionals, have been facilitated by the UAE’s major air carrier services, Emirates Airline and Etihad Airways, that now run weekly seats from and to ASEAN with frequent daily trips to major regional destinations such as Indonesia, Thailand, Singapore, Malaysia, and Vietnam.

Complementary links between the UAE and ASEAN continue through other channels. As with many of its partners, the Emiratis have been utilising aid and assistance to foster a relationship with the ASEAN bloc. In 2013, for example, the UAE offered direct assistance through the Red Crescent Society following major typhoons that hit some parts of the Philippines. These, however, were not the first time for the UAE to demonstrate its generosity. Several Emirati charity organisations and institutions, such as the Sheikh Zayed Foundation, the Khalifa bin Zayed Al-Nahyan humanitarian and charity network, as well as the UAE’s General Authority of Islamic Affairs and Endowments frequently help running a number of Arabic and Islamic programs in schools, mosques, and centers in Malaysia and the Philippines.

As for the Emirates, the ASEAN, with around 625 million populations, is very enticing energy and consumer markets for Emirati exports and a hub to expand to the wider Asia. While its neighbors in the UAE continue to face instability and turmoil, the UAE is likely to continue upheld its ‘Look East’ policy and shifting towards ASEAN would be a reasonable move.

There is a possibility that the UAE-ASEAN relationship might contribute to the further multilateral ties between ASEAN and the GCC as regional bodies. In the past several years, the inter-regional relationship between the two regions have been primarily dominated by bilateral connections among regional member countries. The subject of inter-regionalism in the context of ASEAN has been mainly concentrated on ASEAN-EU ties. As the two regional entities’ member countries are increasingly pursuing bilateral relations, both GCC and ASEAN must realise the need to strengthen their approaches in multilateral theatre.

Muhammad  Zulfikar Rakhmat is a Ph.D  Candidate at the University of Manchester. His research focuses on China/ASEAN-Middle East Relations