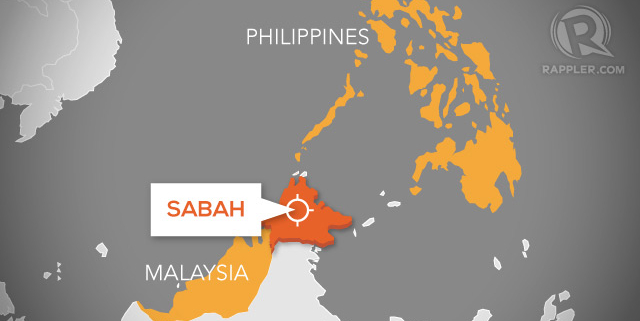 Before colonial powers arrived in the Southeast Asian region, the Malay Sultanates ruled northern parts of Borneo, i.e., Sultanates of Sulu and Maguindanao (Norizan Kadir & Suffian Mansor, 2017). When the trade industry flourished in the region, Sir Alfred Dent was persuaded to sponsor a business in Sabah by Baron von Overbeck, the Austrian Consul-General in Hong Kong at the time. They both planned to sell their rights to any interested governments. Therefore, the Sultan of Sulu and von Overbeck signed an agreement on 22nd January 1878, under which the latter obtained three territorial grants, and the Sultan received a total annual tax money payment of 1600 US Dollars (Shaffa Aulia Yasmin, 2022).

Nonetheless, it is also alleged that the Sultanate of Sulu acceded (rather than leased) North Borneo (Sabah as it then was known) to the Overbeck and Dent Company (hereinafter referred to as “North Borneo Chartered Company” or “NBCC”) in conducting business and administering the territory from 1881 until the Japanese Empire invaded and ruled North Borneo since 1942. When Japan surrendered in 1945, the British Empire secured North Borneo as a colony. While the Federation of Malaya achieved independence from the British Empire in 1957, North Borneo remained under British colonial rule (Sabah Tourist Association, 2022). Only in 1963, did it attain self-government through the formation of Malaysia by virtue of the Malaysia Agreement 1963.

The agreement between the Sultan of Sulu and Von Overbeck that was signed in 1878 until the time of the establishment of the Federation of Malaysia with the inclusion of Sabah sparked objections from countries like Indonesia and the Philippines. However, it could be acknowledged that legal battles that happened during the advent of the Sabah claims have to arrive at amicable solutions for Malaysia, the Philippines, and ASEAN region as a whole. Firstly, from the early 19th century, the Sultan of Sulu consented to give up his authority over Sulu under the Carpenter Agreement of 1915, although the Sultan kept control of North Borneo and maintained his sovereignty. Meanwhile, to obtain the funds owed to them under the 1878 Grant, the heirs of Sultan Jamalul Kiram filed a lawsuit in the Borneo court in 1939. The question before the court was who the Sultan’s heirs were and who was entitled to receive money after his passing. They had the sole English translation from the original Malay version by Maxwell and Gibson through their solicitor (who translated the Grant of 1878 as cessation instead of the lease [Malay: “Pajak”] which is inaccurate) (Boncales & Jones, n.d.).

According to Naureen Nazar Soomro (2014), the Philippine government had made repeated attempts to request the International Court of Justice (ICJ) to hear the sovereignty claim over Sabah’s case, but Malaysia has not consented to such claim. Although there are many diplomatic and legal attempts to settle the dispute, nevertheless the issue is still affecting both countries’ bilateral relations. Hence, the ASEAN community should recognize the long-standing issue between the Philippines and Malaysia over Sabah could affect its political security sooner or later. Islands in the Sulu and Celebes Seas of the southern Philippines are involved in unofficial trade with Sabah. The Brunei-Indonesia-Malaysia-Philippines East Asean Growth Area, the ASEAN subregion economic cooperation pact, is affected by the unrest in this area in terms of trade development. To avoid further conflict from erupting in the ASEAN region, harmonious steps must be taken, as there are potential tensions there as well. Keeping in mind that the ASEAN Charter, a constitution whose existence further stresses the legal personality of ASEAN itself, has been ratified by the ASEAN member countries.

Furthermore, this issue would contradict the ASEAN Community Vision of 2025 on having a united, inclusive, and resilient community. According to ASEAN Secretariat (2015), the ASEAN community foresees to realize having a rule-based community that adheres to international law; has a comprehensive approach to security that enhances the capacity to address effectively; and a community of developing friendly and mutually beneficial relations strengthens engagement with other external parties, reaches out to potential partners, as well as responds collectively and constructively to global developments and issues of common concern.

Nevertheless, both national governments still respect each other’s rights and claim to prevent any further conflict. This can be seen when the latest Constitution of the Republic of Philippines 1987 describes national territory without specific reference to include Sabah as a part of the country as follows:

“The national territory comprises the Philippine archipelago, with all the islands and waters embraced therein, and all other territories over which the Philippines has sovereignty or jurisdiction, …”

On the other hand, Article 1(2) of the Federal Constitution of Malaysia 1957 clearly provided that Sabah is one of the States of Malaysia as stipulated below:

“Name, States and territories of the Federation

Notwithstanding the provisions in both countries’ constitutions as quoted above, it is arguable that if the Sulu Sultanate did not cede or lease its territory in the northern part of Borneo to NBCC before, the present Philippine sovereignty claim over Sabah might not happen and it will be included as one of the Philippine territories today. The 1878 Grant played a crucial role in determining the actual sovereignty status of Sabah in the post-colonial era, and as discussed above, the issue here stemmed from the translation and interpretation of the Malay word “Pajak” (English: “lease”) in the original Grant document which was written in Malay.

Nevertheless, an additional grant entitled “Confirmation by Sultan of Sulu of Cession of Certain Islands dated 22nd April 1903” (hereinafter referred to as “1903 Grant”) manifested the Sulu Sultanate’s intention to cede certain islands surrounding Northeast Sabah and, subsequently, it could also be considered as affirming the legal status of Sabah that has been ceded to NBCC at that point time. Therefore, this issue might have been resolved earlier, even since 1878, if both Sulu Sultanate and NBCC rectified the English translation version by Maxwell and Gibson before acknowledging it to ensure the accuracy of translation of the word “Pajak” to its actual English translated word “lease.” This further step is extremely important to avoid confusion, as happened nowadays when the English-translated version of the 1878 Grant did not reflect the actual meaning of “Pajak” in the original Malay version of the similar Grant.

In conclusion, it is firmly suggested that Malaysia and the Philippines should discuss this matter diplomatically as soon as possible with careful consideration of Sabah’s status quo under Malaysia’s sovereignty and ongoing claim by the Philippines. In addition, the researchers also agree with the recommendations of foreign diplomatic experts and international legal scholars. Wherein they recommend the following: a) to amend the ASEAN Charter of 2007 and provide a provision for the resolution of the Sabah claim to adhere to the international laws; b) provide slick diplomacy with a rigorous attempt to consider Sabah as an independent state for the claim of Sultanate of Sulu prosper and; c) provide unique settings for the three claimants that would eventually resolve the claims.