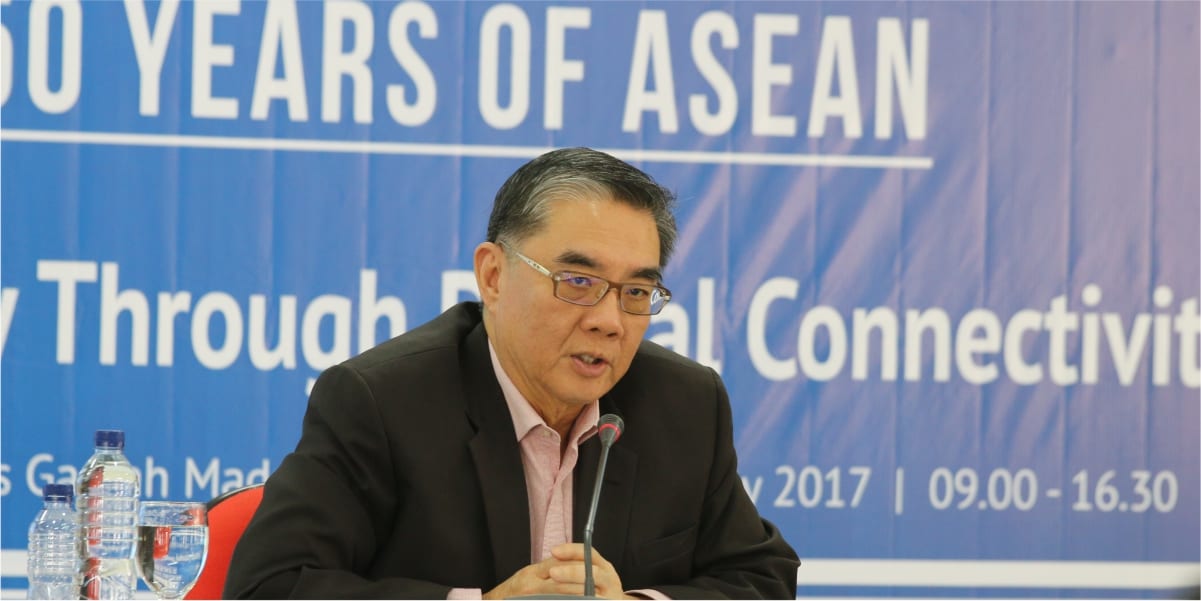 Speaking as a Keynote Speaker at an International Seminar held by ASEAN Studies Center UGM, Ambassador Ong highlights the importance of ICT development in future ASEAN integration, which has been set up since his tenure as ASEAN Secretary General.

He highlights the progress that has been advanced in ASEAN since early 2000s, which involved the creation of ASEAN ICT Masterplan and other regional policy frameworks in tackling digital divide.

“ASEAN is indeed not perfect, but we are keep progressing and ASEAN is the only regional organisation we have now”, said Ambassador Ong.

The International Seminar on ASEAN’s 50th Annivesary was held in conjunction with the 2nd ASEAN Youth Initiative Empowerment Program (AYIEP), an annual program by ASEAN Studies Center UGM to foster social awareness among ASEAN youths. The program is held from 23-29 July 2017 in Yogyakarta, following the success of the 1st AYIEP in August 2016.

There are 24 participants from neighbouring ASEAN countries and outside the region who participate  at the Program, including from Vietnam, Phillippines, Japan, Egypt, and Indonesia. Several exchange students from African countries also joined the program. They will exchange ideas at Working Groups and visit some digital hubs in Yogyakarta as a part of the program.