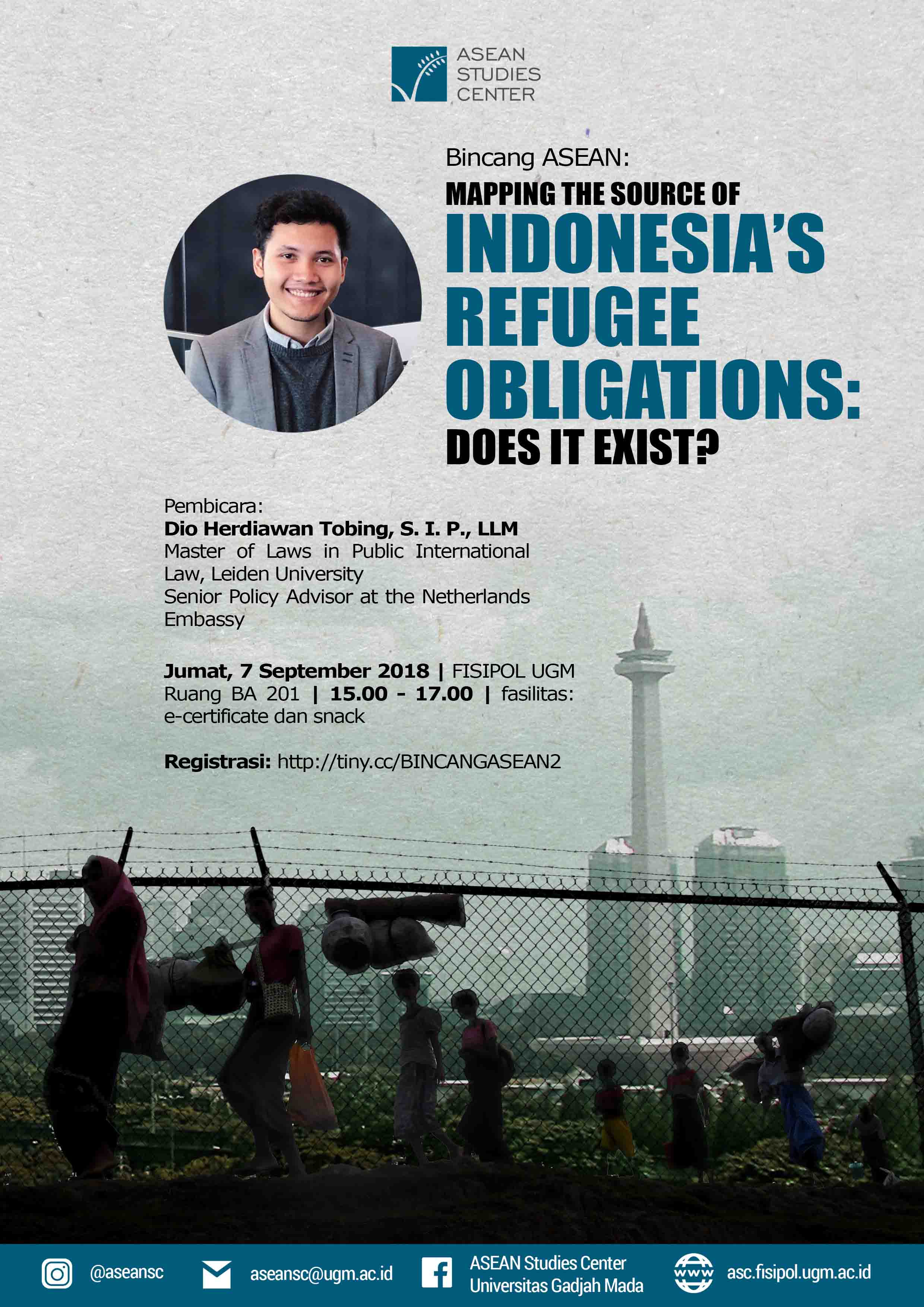 With more than 13,000 asylum-seekers and refugees currently hosted in Indonesia, the country is regarded as one of the main refugee transit countries in Southeast Asia after Thailand and Malaysia. However, in light of the situation, Indonesia is a non-party to the 1951 Refugee Convention and its additional protocol. The Foreign Ministry of Indonesia and other government-affiliated institutions frequently describe that Indonesia’s stance to refugees-like issue is solid: no ratification, no refugee obligation. Is this even entirely true?
Speaking from an international perspective, Dio’s LL.M Dissertation maps out Indonesia’s refugee obligation from various international legal instruments: Convention Against Torture, International Covenant on Civil and Political Rights, and Convention on the Rights of the Child. The findings of his dissertation presents that in spite of Indonesia’s non-ratification to the Refugee Conventions, the country remains to have refugee obligation derived from other legal instruments. In fact, the threshold of Indonesia’s non-refoulement obligation is higher.
ASEAN Studies Center UGM presents:
Mapping the Source of Indonesia’s Refugee Obligations: Does It Exists?
With the expert, Dio Herdiawan Tobing, S.IP, LL.M, this edition of Bincang ASEAN will discuss about Indonesia’s existing non-refoulement refugee obligation, the reflection of such obligation in the newly adopted Refugee Decree No. 125/2016 and its flaws, and the incoherence of the existing international non-refoulement obligation in Indonesian practices.